OM did the job, breaking its horrid streak without wins at le Vélodrome. Without playing particularly well, OM came out of this round of la Coupe de France with a win against a decent Montpellier side. Montpellier will be regretting some great chances, while OM will look to thank Mandanda and its defense for bailing the team out a few times. Now, OM can go into Lyon riding on a two-game winning streak. Analysis to follow. 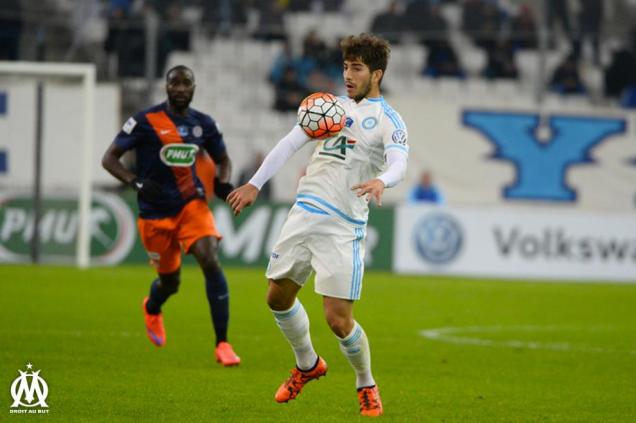 Silva during the game. Photo courtesy of om.net

Mandanda had a solid game, intercepting several crosses and blocking a break away attempt in the 58th minute. He continues to be dominant this year. Dja Djédjé scored his first career goal for OM, but also gave up a breakaway chance. Otherwise, he played well on both ends of the field. Nkoulou was solid, good in possession and tackles. Rekik had a decent game, making no glaring errors and winning a few duels. Manquillo was quiet offensively but was solid in tracking back defensively.

Without Lassana Diarra, the midfield was alright. Isla provided some good passes (especially on the second goal) and was solid defensively. Silva played a good game, which was a relief after the season he has had. He got involved on a few tackles and was good in the short-passing possession game. Cabella provoked a lot but got in trouble with fouls early on. Romao came on for Cabella, and provided a great pass for Sarr at the end of the game. Zambo came on at the end but made little impact.

Sarr brought a lot of energy but often made poor decisions, rushing the play and losing possession. However, his involvement was great to provoke the second goal or Djadjédjé. Nkoudou provided his classic speed and technique, scoring a great goal where he carved up the defense and saw his shot rebounded into the net by a MHSC defender. Another solid game from one of the gems of this season. Batshauyi had an underwhelming day, unable to really put many shots on goal and sometimes refusing to pass and missing an opportunity. Rabillard came in late but didn’t have time to get involved.