Finally, OL-OM has arrived. A great rivalry that has intensified in the past decade. The teams face off, both in similar positions. OM and OL sit at 9th and 10th place, both with 29 points. Both teams have disappointed this season, but are still in the running for a Champions League spot. With 2nd place only 7 points away, this game will be critical for either team. This game will be played in the new Parc Olympique Lyonnais, a new stadium built for the upcoming Euro 2016 tournament this summer. Continue reading for Preview/Lineup. 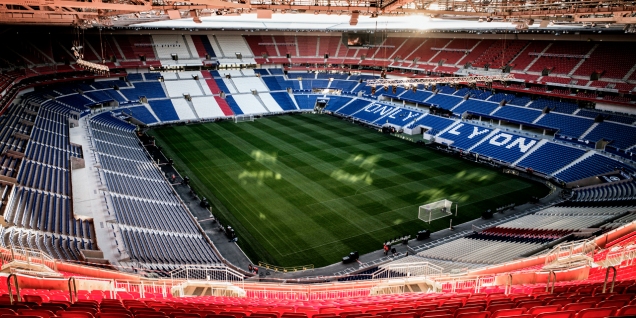 This is, without a doubt, one of the most important games of the season. With OM currently on a 2-game winning streak, and only 7 points away from a Champions League spot, now is the time for this team to show its true potential. The first half of the season saw OM go through tough growing pains, which have yielded some positives. The defense is playing better, and players such as Nkoudou and Isla are really starting to step up. With the club currently in a financing year, a Champions League spot could flood the team with funds to right the ship.

Hopefully, OM can show more of this. Sarr’s goal against Caen last week.

However, Lyon will be just as motivated. Their season has not gone according to plan. The injury to Fekir and the Beauvue disaster have really slowed their season down. Despite Lacazette and Valbuena, this team has struggled to get off the ground. Now, in a new stadium, they will be looking to improve. Clément Grenier is back and playing pretty well, and Lyon always has young talent. In front of their home crowd in a 59,000 seat stadium, Lyon will be tough to beat.

I predict a 2-1 win for OM. I think the tandem of Nkoudou and Sarr will create a lot of openings in a vulnerable Lyon defense. Having them on the wings gives Batshauyi more space to move, which could be huge given his goal-scoring ability. The defense will struggle against Lacazette and Valbuena, but I think Mandanda will come up big to help secure the win. Allez l’OM !