Le Classique is finally here. With PSG way ahead of the pack, this game is purely for bragging rights. For OM, who has endured a tough season, this game could help salvage what has been a rough year. OM fans might be content with an average season and win against Paris. Without a win against Paris in 10 games, now is the time for OM to break the trend. Preview and Lineup to follow. 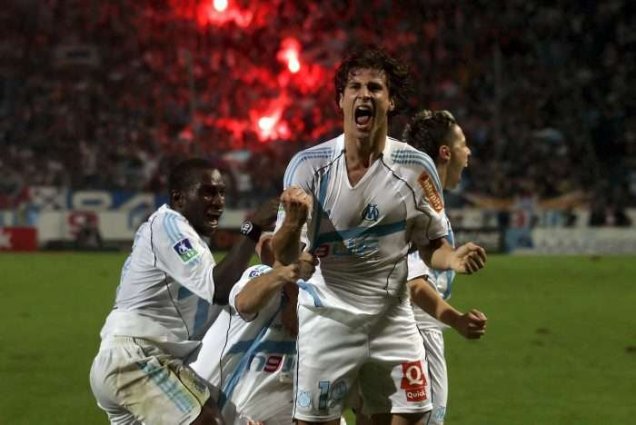 Lorik Cana after scoring against PSG in 2005, having recently been signed to OM from PSG. Photo courtesy of laprovence.com

This could be OM’s most important game of the season. With PSG 21 points above 2nd-place Monaco, and OM currently 10th, a win against PSG could restore some success to this OM season. However, OM has failed to beat PSG in their last ten meetings. Despite some incredible games, time and time again, OM has fallen to PSG. Whether it was the incredible 2-2 result in Marseille when Zlatan was first signed, or last year’s 3-2 result, le Classique has never disappointed.

Despite good performances, OM has only managed 1 tie in recent years. It is not enough for OM to put in a good performance like they did in November; they must win. Against Lyon, Michel opted to go more defensive with counter-attacks. It worked well, and OM was only denied a victory by an incompetent ref. Against the powerhouse of PSG, Michel will most likely go for the same philosophy. But, is that a good idea?

PSG are a possession team, and they thrive on it. I feel if Michel wants to play the very defensive counter game, it might be a big risk. PSG are used to it, and it also plays into their style. However, as this OM team is not very strong this season, it may be the only option. Last year, OM drew PSG into an open shootout, finishing with a 3-2 loss. It was an incredible game, but still finished in a loss. Forcing PSG to play a more open game could be more exciting, but I feel this year’s team would ultimately get picked apart. The counters were effective against Lyon, but PSG is another level of talent.

Also, do you play Sarr, Alessandrini, or Barrada on the wing? Sarr has been good, but struggled mightily the last couple games. His runs were ineffective and free kicks were just awful. Alessandrini is always a good attacking threat, but has just returned from a long spell of injury, and may not be settled enough to play in this game. Barrada returns from suspension, and played well the last Classique. However, he has been really poor lately, and I wonder if he will start anymore now that Alessandrini is back. Barrada, more of a central player, simply doesn’t have the speed to compete with PSG’s backs. I think the logical choice would be to go with Sarr, though Alessandrini could be a surprise against the PSG team. I would play Sarr, and bring Alessandrini on later as a joker.