Hooray, another draw! OM struggled all day against a creative and determined Lorient team. Thanks, yet again, to Mandanda, OM was able to avoid defeat. However, with 15 draws in 30 games, it is clear that this season has been a poor one. The lack of a winning instinct has cost this team any chance of a European spot. Okay, back to the game review. 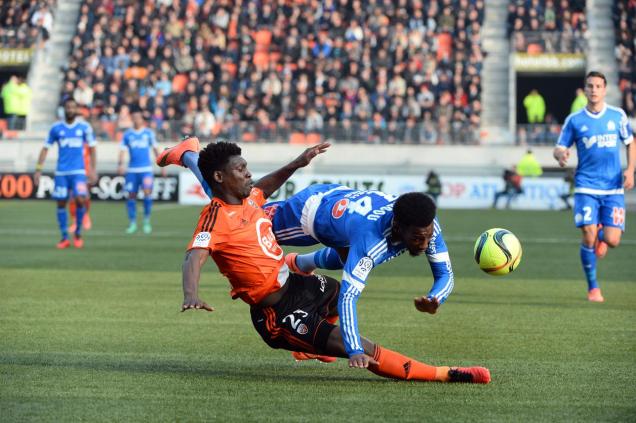 First off, Mandanda had yet another phenomenal game, producing diving saves and reflex blocks. The rest of the unit was not up to the task. Manquillo, pushed onto the left by Mendy’s injury, struggled all day. Nkoulou and Rekik were both rusty, avoiding marking and making numerous errors. Isla provided solid support at right back.

Without Diarra, this unit had a rough day (to say the least). Romao and Silva simply don’t have the ability and instincts to make penetrating forward passes. Often opting to pass backward, there was a huge gap between the offense and defense. However, Silva did show signs of improvement, making a couple tackles and getting forward. Despite this, the void left by Diarra was apparent today, once Isla had to move to right back.

Nonexistent was one way to describe OM’s offense today. Despite a couple Nkoudou runs, Michy and Cabella failed to connect at all, and seemed to be in dispute. Besides a blocked shot that Isla slotted away, this attack generated very little. Cabella dribbled a lot but missed a one-on-one early in the game. Thauvin was invisible besides one good pass. Michy plays selfishly, hesitating to pass and opting instead to dribble, dribble, and shoot. Not much more to say…

When does the season end?