After a long hiatus, I have found a moment to sit down and write about OM. A lot has happened since my last post, so I will touch on the main thoughts that have been floating in my head. Team play, expectations for this season, transfers, and the future of the club have been on my mind… Continue reading to see my thoughts. 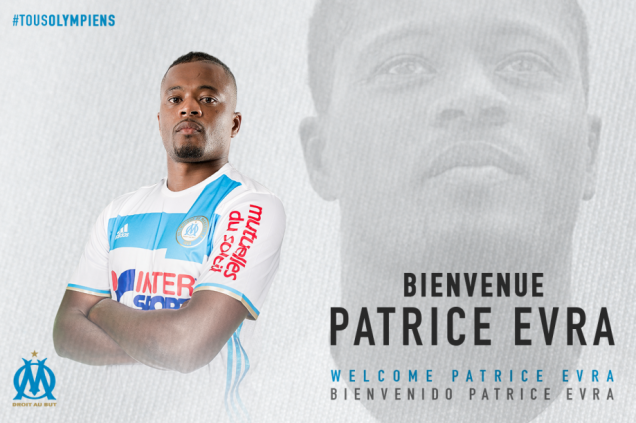 Now that Garcia has settled in at the club, we have been able to catch glimpses into his style. He tends to lean on with the 4-3-3, with a holding midfielder and two center mids on each side. Up top, there’s a point man in the center, with two wingers. As of right now, the results have been mixed.

Despite good play from Pelé and Sakai, the defense has been terrible. Fanni and Rolando have been torched against Monaco and Lyon. Understanding that they are old, it’s only expected when they go up against Bernardo Silva and Anthony Lacazette. With Evra having been signed, the left back position will finally be filled by a player who knows the position.

The midfield has shown improvement, with Vainqueur and Lopez playing well. Sanson, having just been signed, will need a few months to settle in. Their improved service will also help the attackers. Thauvin has continued to play well. Where he may lack in finishing touches, he makes up for with incredible work rate. Gomis has had a streaky season, and has failed to score in the last few games. The left wing position remains a battle between Sarr, Cabella, Njie, and Alessandrini. No one appears to be much better than the other.

As I inferred above, Garcia needs players. The signings of Sanson and Evra addressed important team needs, but more will be needed this winter and next summer. Evra brings a strong locker room presence, as well as skills at the left back position (despite his age). Sanson is a promising midfielder with great passing and offensive movement. His partnership with Maxime Lopez could prove to be a lethal offensive force in Ligue 1. With his passing skill added to the arsenal, OM’s attackers will have better service, leading to more goals.

The Payet saga appears to be dragging on, with Marseille slowly increasing their bid. In my opinion, Payet will be signed on the last day of the winter mercato, when Marseille finally bids as high as they can. His arrival, while controversial, will add a lot to the Marseille attack, with not only great passing in-play, but also on corners and free kicks.

I am for Payet returning, even at a high price. He knows the club, will bring much-needed potency to set pieces, and seems to want to play at Marseille. In a time when the club is set to sign several players, you need core players to set the tone. Playing for Marseille is a privilege, not a stepping stone. You either give your all on the field, or casse-toi. While many point to his age (29) and his salary as concerns, I think that Marseille needs to make a splash to signal to Europe that OM is coming back. More players will consider Marseille as a top destination, once they see the OM Champions Project is serious.

The Future of the Club

My (slight) concerns for the future of the club are outlined in the video below. A Liverpool FC fan was interviewed, and asked about the state of LFC. He lamented that in the past 7 years, the atmosphere in the stadium has gone from intense and passionate, to more of a “corporate” ambiance. He described the rise of ticket prices and corporatization of the club have favored tourists and businesspeople to visit games, while preventing the working-class fans (the life-blood of clubs around the world) from buying tickets. When ticket prices rise, true fans can no longer afford to go to games (as you all know).

I am worried that this may happen (at a smaller scale) in Marseille. While the new owner and directors of the club have done a great job of turning the club around, the goal is always money. The Vélodrome, being one of the most beautiful stadiums in Europe, may be viewed as an ideal place to raise ticket prices. This must not happen.

OM games are nothing without the roar of the crowd. Any classic game at the Vélodrome is defined by the energy from the crowd. Aux Armes, Tout le Vélodrome, and Qui Saute pas n’est pas Marseillais are just some of the songs ingrained in the DNA of OM fans. Raising ticket prices will push the most passionate fans away from the stadium, and these songs will slowly die down. If McCourt wants to maintain a marketable club, ticket prices must stay low. TV rights are where the money is, and what better TV experience than a stadium packed to the brim with roaring fans?

Hopefully, Frank McCourt agrees with me. We shall see! Allez l’OM !